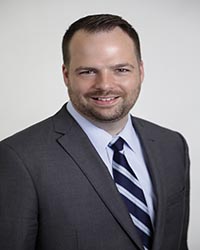 Mr. Dickson has nearly sixteen years of property loss experience in the insurance industry he has been involved in the settlement of claims totaling more than $2,000,000,000. Mr. Dickson began in 2001 as a forensic accountant working for insurance carriers and immediately went to work on some of the largest claims in U.S. history arising out of the terrorist attacks of 9/11, including the MTA and Goldman Sachs claims.

Mr. Dickson’s work included leading teams which completely handled all aspects of multiple losses in excess of $25MM for a national agribusiness company after the Mississippi flooding of 2010 and for a national entertainment company after significant damage to one of its venues as a result of Superstorm Sandy.

Mr. Dickson’s diverse experience in the handling of all aspects of property losses including emergency mitigation services, building damage, personal property damage, business income, and extra expense has made him an extremely well rounded public adjuster and a significant resource for the clients of AAG.