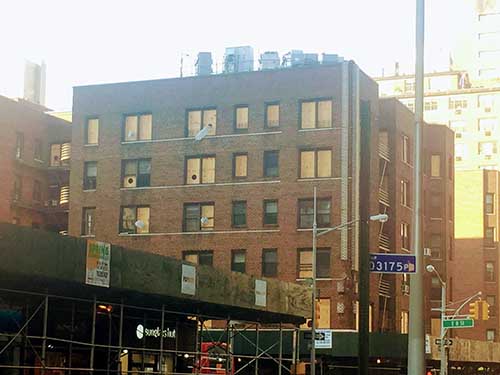 AAG was hired last summer to manage the Greenwich Village co-op fire that consumed Michael Coopersmith’s building The Hamilton. Co-op board president Coopersmith knew the board had to take immediate action to restore the building as soon as possible.

Fortunately the co-op carried insurance and Coopersmith hired a public adjuster – an insurance adjuster who work solely for the policyholder and not the insurance carrier, making sure the co-op gets the proper payout.

Frank Lovece from Habitat Magazine detailed the importance of having a Public Adjuster in the recovery process in his post titled “After the Fire” in the December 2017 issue of Habitat:

“You must, must hire a public adjuster,” Coopersmith says. “Do not try to do this just with the managing agent and contractor. The public adjuster has been the biggest godsend we’ve had. They can have the conversation with the insurance company in a language the company understands.”

The Hamilton’s public adjuster was John Panico of Affiliated Adjusters in Lake Success, New York. “We come on board and take over the management of an insurance claim,” Panico says. “It’s our responsibility to mitigate the loss, cooperate with the carrier, and prepare, present, and adjust the claim.”

Public adjusters receive a percentage of the insurance payout. Panico describes his role as “a facilitator of the negotiation.” The board and the insurance carrier did have some disagreements about numbers, according to attorney Jacobs, but even before the public adjuster was hired, Travelers released a $2 million emergency advance. Panico then put together a 400-page estimate for the Hamilton’s loss. “The carriers will pay,” he says, “but the claim has to be professionally managed.”

To contact AAG regarding a loss or any matter regarding an insurance claim, fill out the form below: